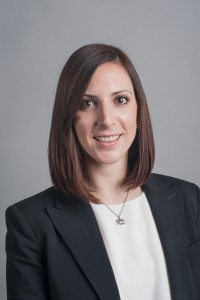 n years on since the passing of the Third Money Laundering Directive, the EU 4th Money Laundering Directive (4MLD) was finally approved in May 2015 by the European Parliament. During those ten years, the financial industry has faced many challenges and changes which have put more pressure on the regulators to monitor financial institutions closely. The 4MLD came into force on 26th June 2015 and EU member states are now required to transfer the directive into national law in two years.

How will the directive impact UK businesses?

The directive impacts various businesses, such as banks, and other financial institutions, accountants and auditors, law firms, the gambling industry and others. 4MLD will bring into effect new customer due diligence checks, with additional requirements to report on suspicious transactions, as well as the on-going monitoring of counterparties.

The reality is that the impacts of the 4MLD will not be hugely noticed by the policy makers in institutions. If an institution is already exposed to Money Laundering Regulations, changes will not have as high impact on the business, as many of these provisions are already incorporated in the UK law.

However, there are a few important alterations to consider that may impact institutions’ operations.

Now, we are waiting to see the draft regulations published by member states. Regardless of the impact of the changes, institutions must have adequate systems in place in order to be able to capture and report on the relevant necessary information.

The full directive can be found here: Identity Matching: What is Name Screening And Why Do We Need It?

When electronic name screening was introduced in the nineties, it only involved a few hundred names. Now, however, millions of names are screened worldwide all the time and against an increasingly complex backdrop. Every time an individual makes a simple transaction – such as booking a flight, opening a bank account or even just buying […]
Find out more Download the Firco Live Services brochure to learn about the new level of command and control to the complex and often manual services and processes that many financial institutions manage today.
Read full article